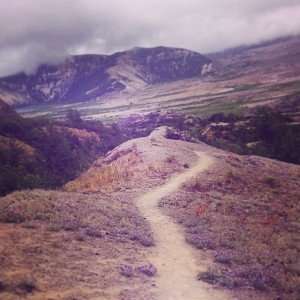 You took all the liquor
Bourbon, vodka, Canadian whisky
aquavit from Sweden,
the bottle of dessert port
and the sharpest knives.
Took the large bottle of ibuprofen,
my head screamed.
Left the bicycle that you had been saying you would ride again
for ten years

On the morning of May 18,1980, after a century and a quarter of quiescence, a magnitude 5.2 earthquake triggered the explosive eruption of Mount St.Helens. The volcano’s northern face collapsed, burying Spirit Lake and the headwaters of the Toutle River beneath hundreds of feet of avalanche debris. The accompanying blast sent winds of 600 mph and 400 to 600 degrees Fahrenheit sweeping across the landscape, leveling forests, vaporizing foliage, and searing soils. When the smoke and ash cleared, more than 240 square miles of forest north of the peak had been felled. A fringe of standing, dead, ash-covered trees formed a “ghost forest” around the blow down, and the ground was blanketed with tephra and ash.

Took the Kali statue from my office
you were the one who bought it
after all
Left an empty popsicle box
grape and blood orange
I was fooled when I reached into the freezer
Left a card that said
S o r r y f o r t h e c h a n g e s. 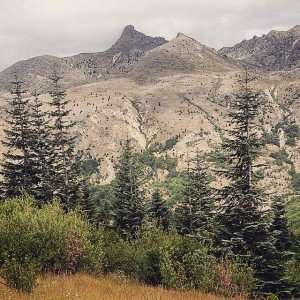 When ecologist Peter Frenzen flew over the blast zone shortly after the eruption, he was struck by the scale of the destruction. Valley after valley, ridge upon ridge, were strewn with downed trees and ash. As he looked down over what appeared to be a scorched and lifeless landscape, Frenzen recalls feeling overwhelmed, but excited, too. Before the eruption, he had studied forest recovery on Mount Rainier’s Kautz Creek mudflow…but this was a disturbance of a different order of magnitude. -Tim McNulty

When I came home from the airport

My best friend who has been through it before
told me to go through every room
Open every cabinet, each drawer
to see, to know
w h a t w a s g o n e
what was left
peek a boo
hide and seek
all games
in which something disappears

At 8:32 Sunday morning, May 18, 1980, Mount St. Helens erupted. The eruption lasted 9 hours, but Mount St. Helens and the surrounding landscape were dramatically changed within moments. In 1982, the President and Congress created the 110,000-acre National Volcanic Monument, within the Gifford Pinchot National Forest, for research, recreation, and education.

Inside the Monument, the environment is left to respond naturally to the disturbance.